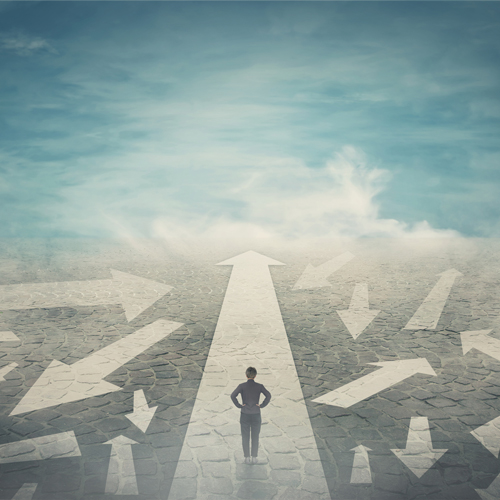 Natalie was the thorn in Zack’s side. She was also one of his greatest assets. As a revered, and often feared, department head, she had the attention and respect of everyone in who worked with her.  This made his job of leading the organization both a pleasure and a pain.

It wasn’t that they disliked one another, quite the opposite. Their professional relationship was strong and mutually enriching. Yet the fact that they were polar opposites in their communication and leadership style caused frequent and not only small difficulties between them and for the workflow.

Natalie was feisty, direct and smartly impulsive in her decision-making. This allowed her to keep the high pressure and fast pace of the department well under control. Zack was calm, thorough and measured in his manner and management style. This stability and depth of leadership are what landed him in the director’s position. Still, the clashes with this key manager all too often stumped him.

This time, without conferring with him beforehand, Natalie had moved a priority project to the back burner to advance one she felt was more pressing. There was no easy way to reprioritize the projects without publicly casting a blow to her authority, something Zack did not want to do. So, the question was, what should he do and in what order? Deal with the project getting done, or address with Natalie the breakdown of communication and diverted workflow?

To decide a course of action, it is mandatory to know where one is starting out. At any point in time, and in any situation, we are focusing our attention on certain events, sensations, and details. As such, our attention fluctuates between our internal experience and what is happening in the world around us. We then utilize those factors and events to orient ourselves in the environment and in situations – to guide our thought processes, decisions, and actions. This is the process of how we orient ourselves in our world, internally and externally.

For example, when you are driving a car you pay attention to the curve of the road, the cars around you, street signs, and your speed. You are attending to input, stimulation, and events outside of yourself, to what is occurring in and around the vehicle you are driving. You are Externally Oriented.

While driving a car, you are not attending to your own person, thoughts or wellbeing. You are not brushing your teeth, closing your zipper, or daydreaming about how inviting that soft pillow and warm bed would feel right then, activities that are based on your personal internal experience. Paying attention to experiences that involve mainly your thought process, your physical or mental experience, or your emotional state we call Internal Orientation.

Generally, we either have an expanded state of awareness and attend to both internal and external factors at the same time, or we fluctuate back and forth between the two, which is more common in our daily lives. It is helpful to know where our attention is and how we are orienting ourselves in a situation. Neither Internal nor External Orientation is the better orientation. They are equal and simply need to be employed at the right time for the tool they are. Knowing when to engage which is a very useful practice.

So, although our attention is often switching rapidly between Internal and External Orientation, in most situations one orientation usually leads over the other. An excellent skill to groom is to be aware of your orientation in any given situation. That means you can:

At first glance, this process may seem rather mechanical. However, just like learning any new skill, when you break it down and practice, it becomes second nature and highly useful. Let’s go back to Zack and Natalie’s situation as an example.

Zack’s main focus appears to be that the project is prioritized and completed swiftly, effectively, and as soon as possible. Taking it off the back burner has become urgent. He has a responsibility to the stakeholders, his board, and the customer who requisitioned the project. At first glance, this priority has Zack’s attention Externally Oriented, namely in assuring the execution of the project.

However, Zack is frustrated that Natalie discounted his instructions. He is concerned about being fair in dealing with her and about taking action that upholds her position of authority with the other department employees. In addition, he very much wants to maintain the current equilibrium in their relationship, which is easily disrupted. These factors point to an Internal Orientation for Zack.

The 3 Steps of Attention Orientation

Step 1) Identify whether (Zack is) internally or externally oriented:

Step 2). Determine if that is the best fit for this situation:

Internal orientation is the best first step in the situation.

Step 3) Decide what action to take from that situationally best orientation.

Life is complex. As soon as you add one more person to the mix, it can also become challenging. Identifying your patterns of behavior and how you operate as a human being can be very helpful in creating and maintaining not only harmonious and effective relationships, but also coherent, fair and impactful leadership.

Understanding and practicing awareness of your Internal and External Orientation is just one more valuable tool for your leadership toolbox.

Core Success’s Leezá Carlone Steindorf, is an award-winning author, a crisis management expert, an executive coach, and motivational keynote speaker, she has an extensive background in world-class multinational corporations, trade-unions, nonprofits, and educational institutions in over 35+ cultures. With her experience, she helps leaders make a consistent forward movement, especially during the most extreme of circumstances. Contact Core Success today to learn how you can benefit from Leezá’s strategic guidance.